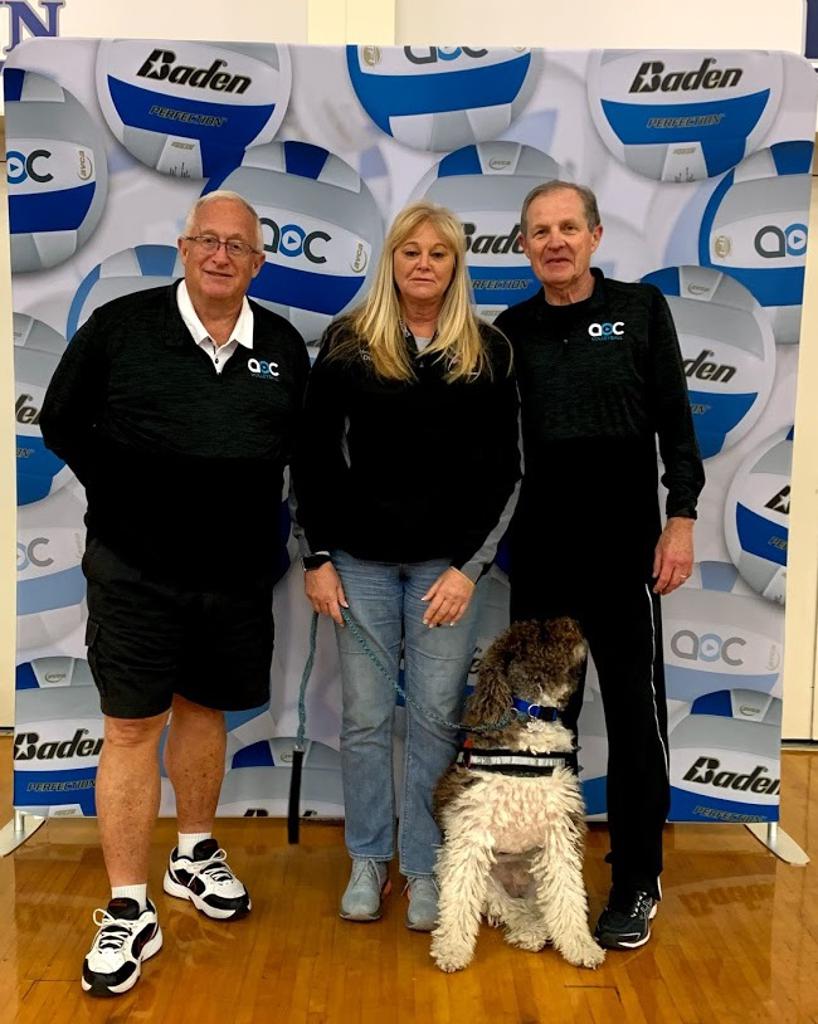 Art of Coaching Clinic in Tampa

Coach Team Bonding out on the River 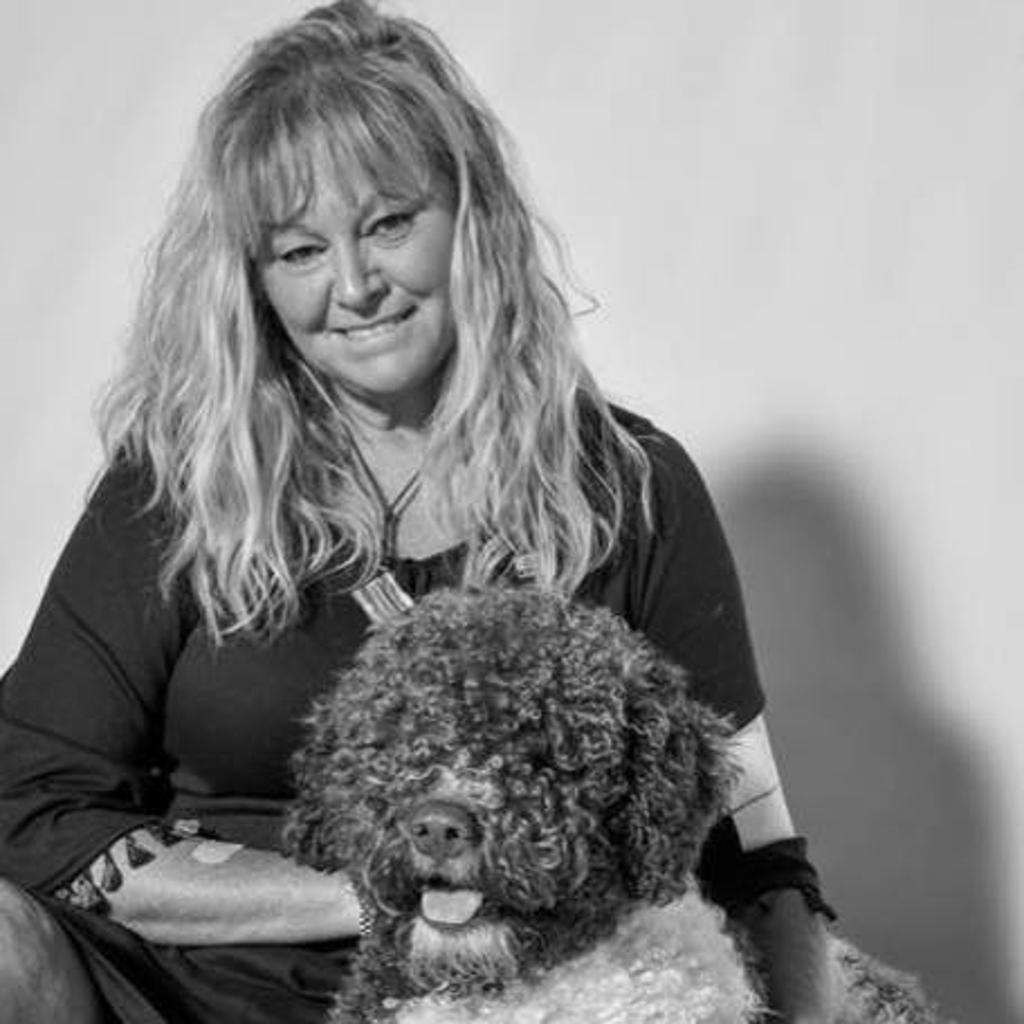 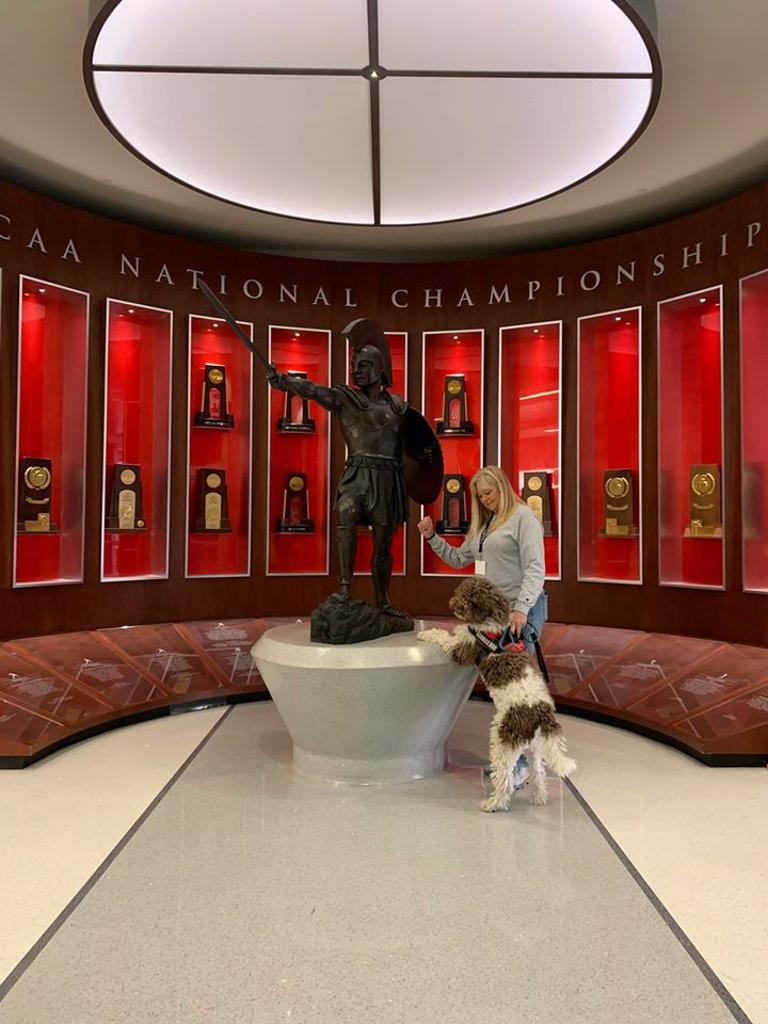 "Coach MEL" was born in Orlando Florida in 1964. She was raised in the Bahamas, where she attended kindergarten and then moved to the US to Satellite Beach in 1969 where she has resided ever since! As a child growing up in Satellite Beach, she was very active as a Girl Scout which introduced her to many of her passions in life....camping, canoeing, biking, and boating. Like most girls growing up in Satellite Beach, "The junior softball capital of the world", when she turned 8 she started her career in softball, playing for all the city travel age teams. As a sophomore in high school, Melanie discovered a new passion.... VOLLEYBALL!! Her volleyball career took off in 1980 where she was a standout for Satellite High School and then accepted a scholarship to the University of Central Florida where she was a mainstay on her college team. After graduating from UCF, she took the position at Astronaut High School as the Head Girls Volleyball Coach, soccer coach, and math instructor. Her career then brought her back to Satellite Beach where she became an elementary PE teacher at Surfside Elementary and Sea Park Elementary.

She then found herself refereeing high school matches, and training for the Cuervo Pro Beach tour. Took some time out from that and for three years was the Head Coach at Florida Tech University, a Division II program. In 1994 She became the Head Volleyball Coach for Rockledge High School and lead her program to be the Host School for "Great 8" in the State High School play-offs where they placed 8th in the state that year!

In 1994 Started "Brevard Elite" volleyball club which then merged with Space Coast Juniors  to create Cape Coast Volleyball Club and Co-Directed CCVC with Connie Denaburg.  In 2003 Melanie ventured back to Satellite Beach and created Volleytech Academy.  Melanie enjoys spending time with her daughter Taylor, son Samuel, extended family and friends and her most recent passion of Spanish Water Dogs.

Responsible for Clinics and Player Development - “Coach B” grew up in Dade City, FL and attended Wesley Chapel High School where she was a four-year standout on her varsity team. She was also a powerful player throughout her six years of club ball. In 2004, her years of dedication throughout high school and club led her to the Space Coast when she was awarded a volleyball scholarship with Division II Florida Institute of Technology in Melbourne. She played as an outside hitter and graduated with a major in Psychology and a minor in Business Management. After graduation, she coached high school volleyball in Pasco County for three years and Brevard for one. Brenna began coaching with Volleytech Academy in February of 2016 and has been developing athletes through all programs offered through VTA ever since. She is passionate and excited to continue growing the club and its athletes.

Brenda was born and raised in Wisconsin. She has been living in Florida with her husband and their daughter since 2013.  Brenda started playing volleyball at the age of eight.  Her senior year she received First Team All-Conference honors and her team won the conference championship.  Brenda's passion for athletics and youth guided her to focus on her academics, graduating with a B.S in Physical & Health Education and later a M.S. in Recreational Therapy. She has over 18 years of experience in coaching a variety of sports to include basketball, volleyball, sled hockey, wheelchair basketball, and wheelchair softball. This marks Brenda’s fourth season coaching with VTA and she is the Freshman Coach at Satellite High School.

Connor has lived in Brevard County his whole life. Outside of VTA, he works for Brevard County Parks and Recreation as an Athletic Coordinator in Central Brevard.  After running the youth volleyball program, Connor was recruited by the Space Coast Jr/Sr High School Athletic Director to coach their Freshman and JV teams. During his three-year tenure, Connor has led the Freshman to a record of 20-4 and the JV to 13-1.This is Connor's third season with VTA. Connor’s teams at VTA have had a lot of success including his 16s team winning a AAU National Bid at the MJVBA Championship tournament in Michigan.

Katrina is a small business owner of a landscaping company and also a full-time mom to two kids.  Katrina started coaching six years ago in 2013 in Creal Springs, Illinois.  She started coaching as an assistant at Adams School, after her second season she was named the Head Coach.  Katrina helped the Adams Wildcats become the most successful they have ever in program history in the 106 years of the school.  In her last season there the team had an impressive 28-4 record with an undefeated State Championship title season.  Katrina also coached club for two years at SISVBC where her team finished in the top teams in the area.

Prior to coaching Katrina played 12 years of volleyball in Dallas, Texas and Fenton, Michigan.  While playing volleyball her team won Sectional Champions during her Senior Year.  Katrina received All-Sectional Second Team honors as setter.  Also she received Best Server Award with a 98% serving percentage for the season.  After high school Katrina attended a Mott College where she continued to play volleyball and attend nursing school played three seasons before having to leave due to illness.  Katrina will be in her third year coaching at Melbourne High School.  Her future goals include being able focus all of her time and energy full time on volleyball.

Mariah grew up in Lake County, Florida where she began her volleyball career. She played through middle school and high school as a middle blocker and outside hitter.  Mariah is currently earning her bachelor’s degree in Forensic Psychology.  Her goal is to finish with her Doctorate and work for either the FBI or local police department.  Mariah is the Varsity Coach at West Shore Jr/Sr High School and this is her fourth season coaching with VTA.

"Coach O",was born in Caracas, Venezuela and came to the United States at the early age of 5 y/o. He grew up in Miami/Dade County where he attended Coral Park Sr High. He mainly played football and baseball until his senior year when boy's volleyball was introduced as a high school sport. He was offered scholarships to Hartford, CT but was never able to showcase his athletic talents due to enlisting in the United States Army. In between his transition from the Army over to the Untied States Marine Corps, he was offered the head coaching job at St. Brendan (a catholic, private school in Miami) to establish their first ever boys team. He has always maintained a mentorship role in the game of volleyball whether it be offered in intramural sports or establishing a Marine Corps mens team in California. There he competed against junior colleges as well as other military branches. He is the proud father of four daughters and that is how he was introduced to VTA where he began volunteering about 1 year ago.  Now he is grateful for the opportunity to take on a more active role in order to lead and mentor these young ladies to love the sport as much as he does.

Coach Taylor was born and raised in Melbourne, FL and started her volleyball career at the age of 14.  She was a three year varsity athlete at Palm Bay High and played on state ranked club volleyball teams for four years.  She had been coaching for four years at Palm Bay High at the Freshman, JV and Varsity levels.  This I her fifth year coaching club volleyball in Brevard County.  Taylor graduated with her B.S. in biomedical sciences from Florida Tech and is now pursuing an M.S. in Cell & Molecular Biology as well as working in a lab researching Alzheimer's disease.

Sarah has lived in Brevard County her entire life, starting her volleyball career at the age of 13. She played for West Shore Jr/Sr High School, earning 3 Varsity letters as well as several awards. In her senior year of high school, Sarah was named as a Florida Today Athlete of the Week, and she also led the Cape Coast Conference in digs, totaling over 500 in one season. Sarah is a 2 year Alumni of Volleytech Academy. She helped lead both of her teams to numerous wins and a bid to the 2019 Nationals Tournament. Sarah is now playing volleyball for Eastern Florida State College and this will be her second season coaching with VTA.

Responsible for speed, agility and conditioning training program- Avery is a Certified Speed and Agility Coach with Empire Sports Performance and has over 4 years of experience in the Brevard County and Orlando area.  Besides working with VTA for the past 3 club seasons, his experiences include coaching athletes of all ages from youth to prep, many of which received collegiate scholarships.  Avery has individually coached professional athletes with the National Women's Soccer League, Major League Baseball, Mixed Martial Arts, NFL, and worked alongside Olympic Athletes.  Before following his passion in athlete performance training, Avery played 4 years of varsity basketball at Satellite High School and had a collegiate career at Indian River State College. 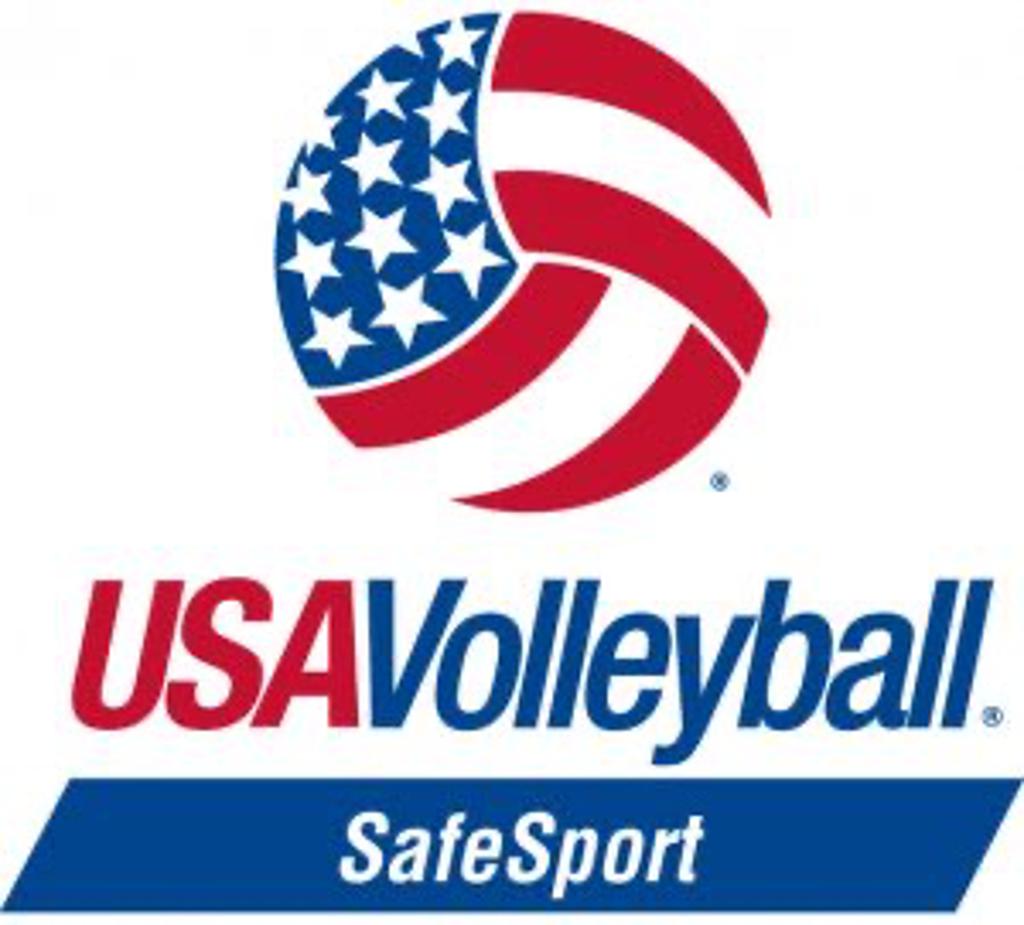 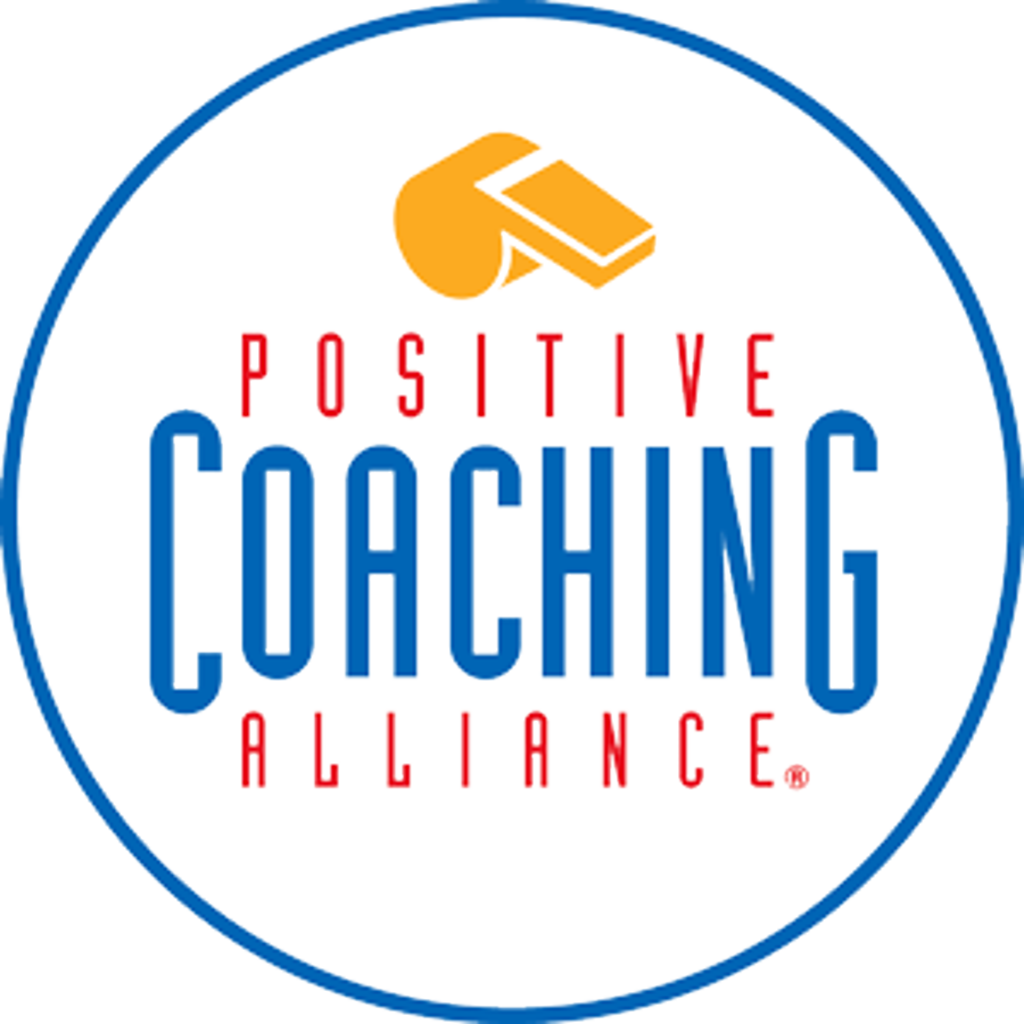 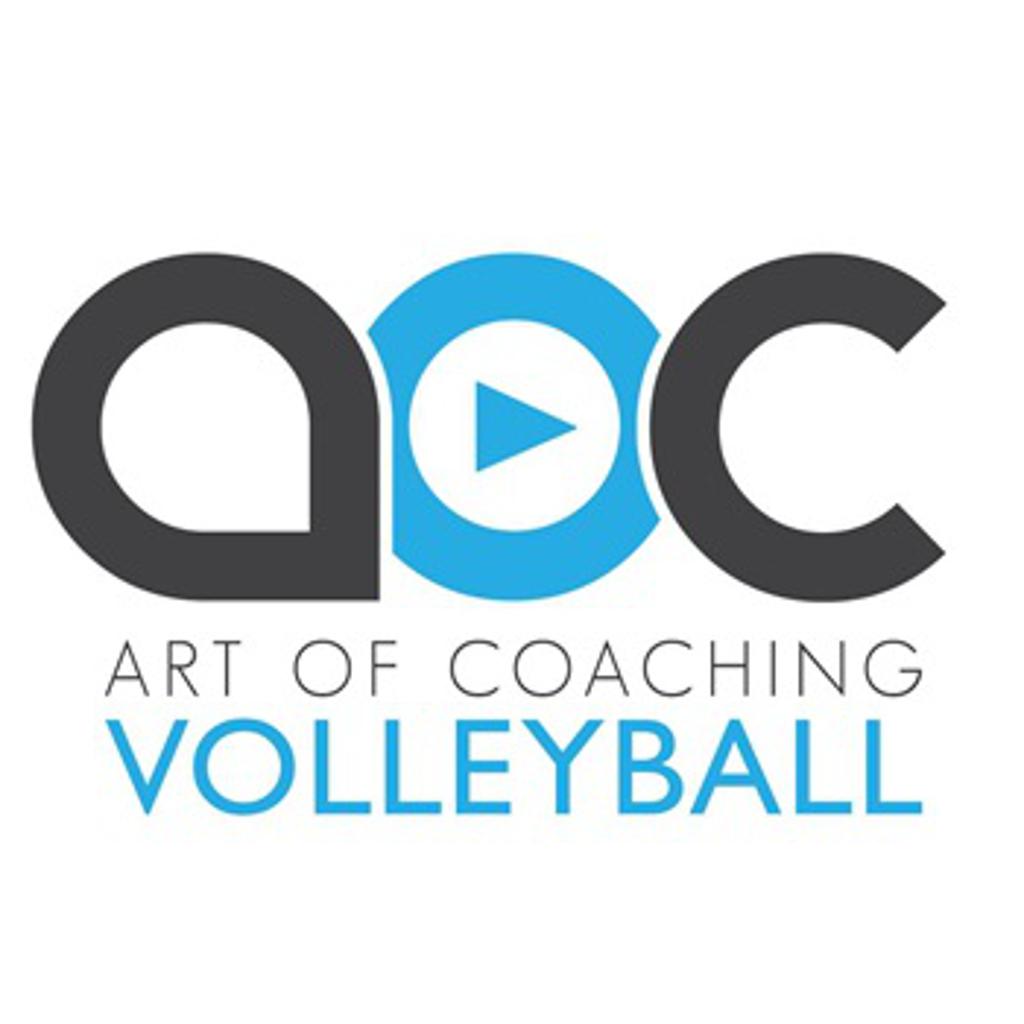